I Used To Give A Shit

You know, I used to care about a lot of things. But now I realize how the universe really works. See, it really doesn't matter what you do, say, how you act, what kind of clothes you wear or how you spend your time. Because really you're not effecting anything else out there to any significant degree.
Most people out there like to think that they are important, at least to some degree. Even the most pathetic waste of human resources in the world, a man with no life, goals, or ambition, who works at a shitty job, picks his nose habitually, and masturbates to naked pictures of total strangers on the Internet (me for example,) even a sorry sack of rodent urine like that has somewhere, locked in the back of the loser subconscious, the idea that in some way he is an important person and that his life has some meaning, some reason, that somehow he might be part of some grander scheme in the mechanical workings of the universe, like maybe he's got some important task to accomplish before he dies, and that he wouldn't be here if that wasn't so. Well I'm sorry to break it to you people (actually, I'm not sorry) but that's total bullshit.

Here, let me put your existence into perspective: 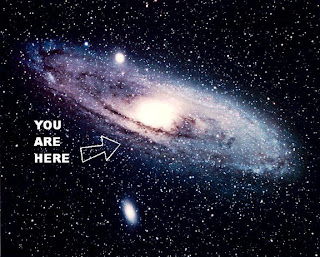 In case any of you forgot: